The territory is located in the central part of the city of Vilnius, by the Neris River, between Rinktinės, Šeimyniškių, and Raitininkų Streets. Multifunctional architecture is being designed and new centres of activity are being formed for this territory. The territory is being designed in accordance with the most important urban, natural, and architectural elements surrounding it: the architecture of the neighbouring territories,
the Neris River, the territory of the Castle Cultural Reserve, the urban structure and scope of the old town area, and the Sports Hall. 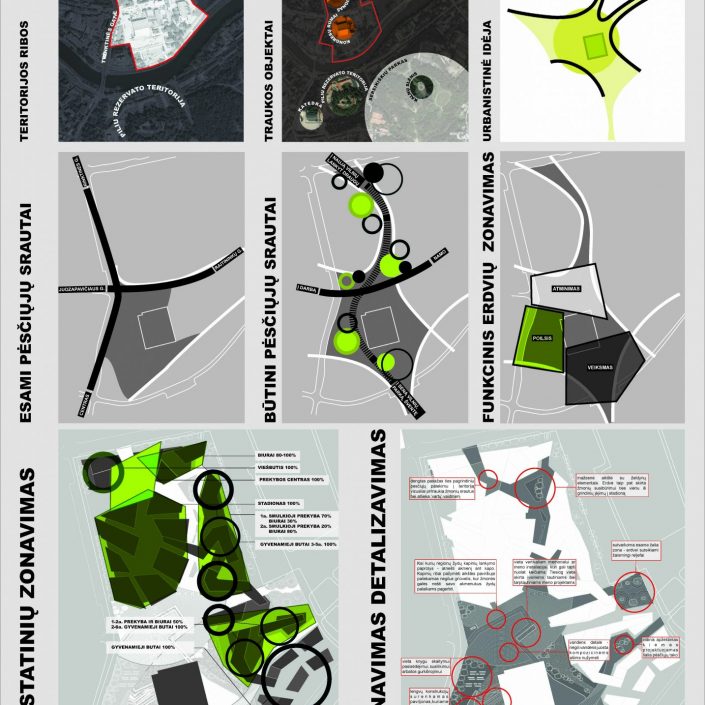 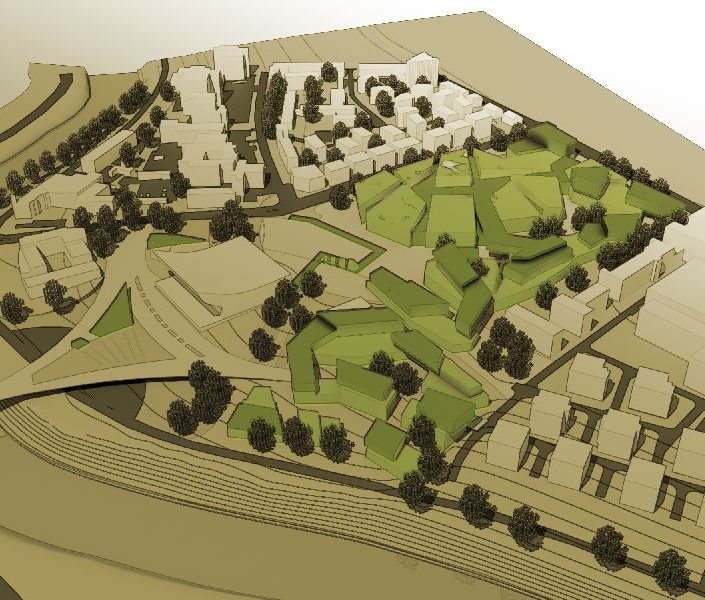 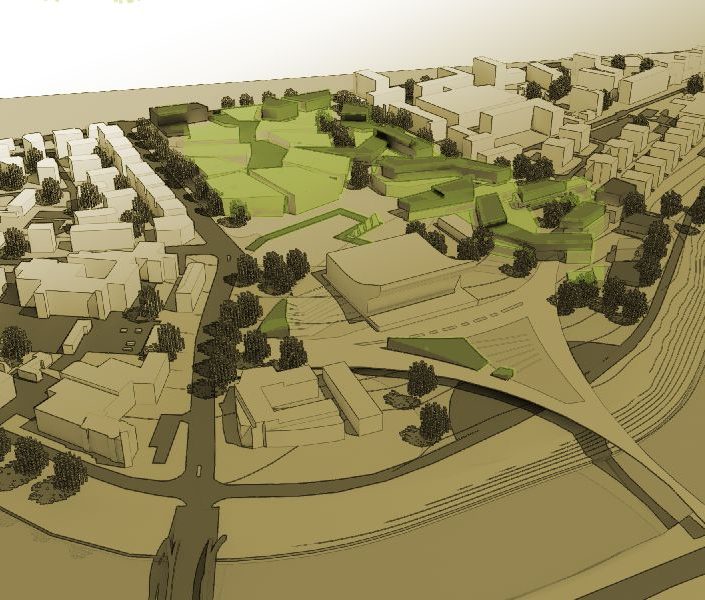 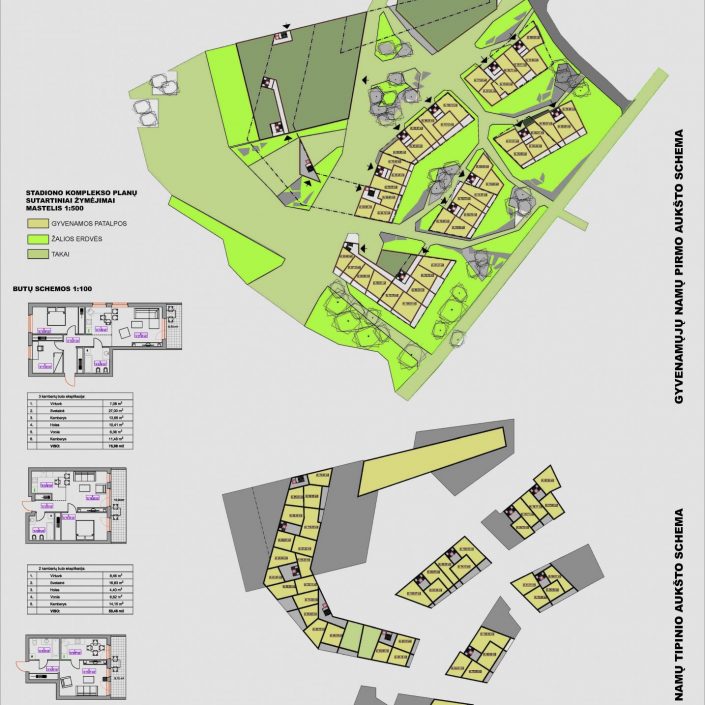 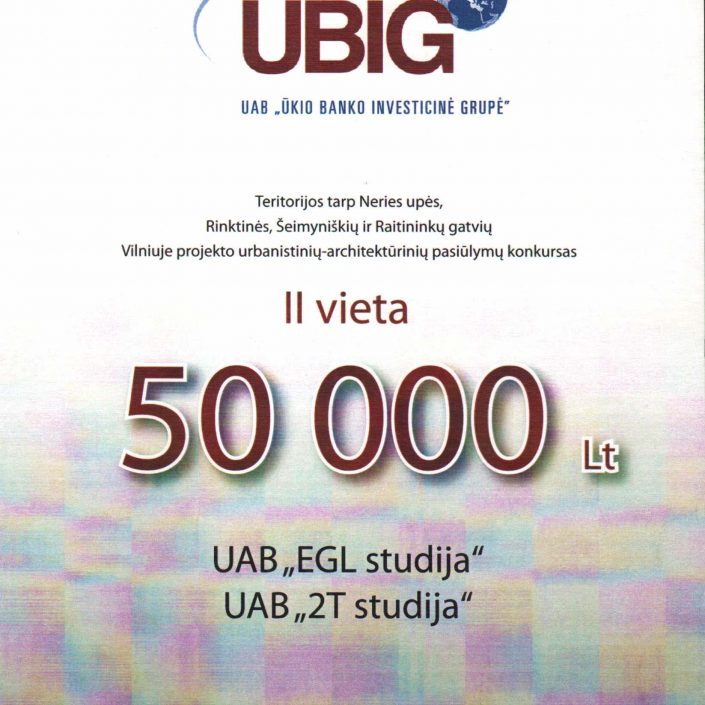 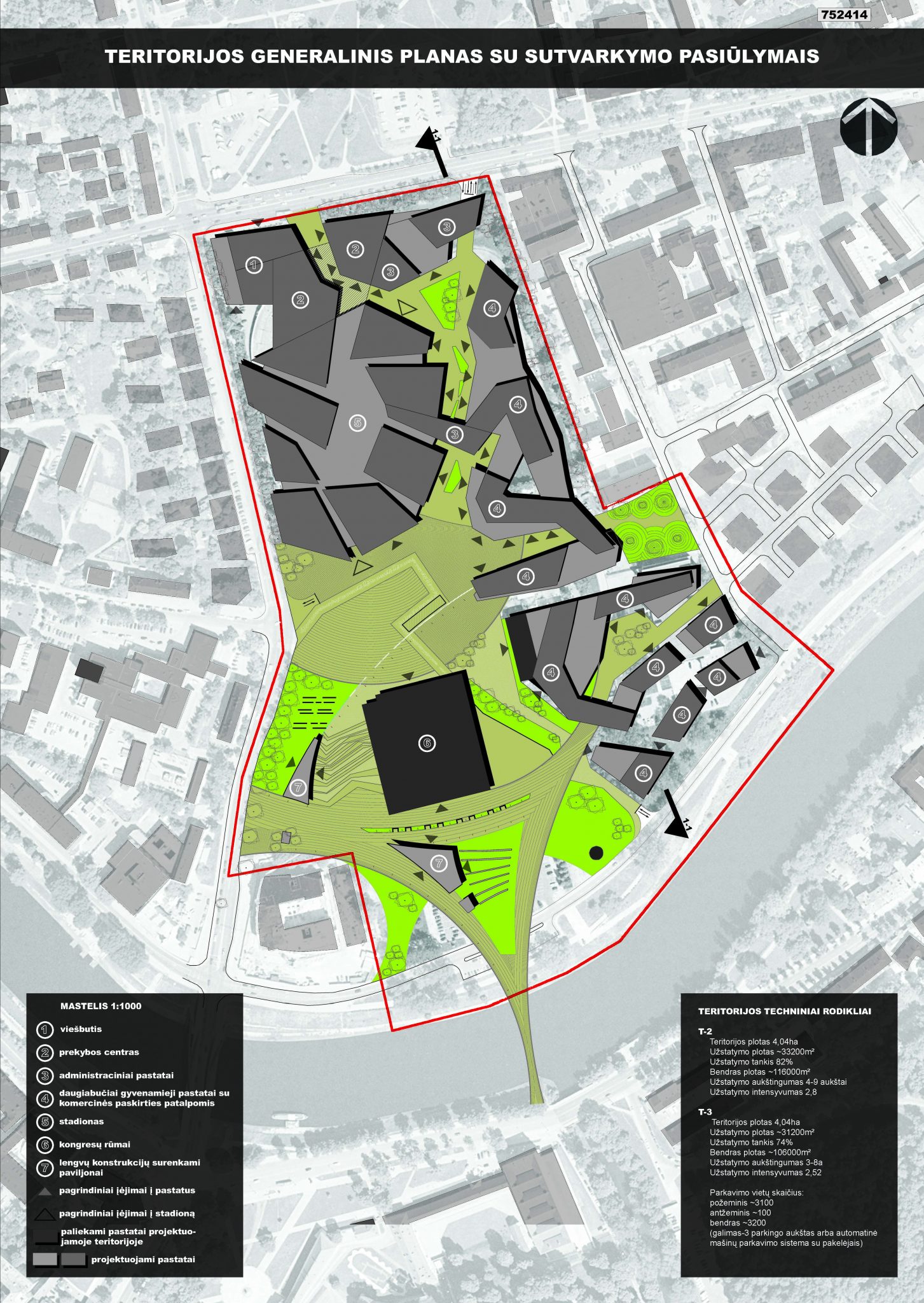 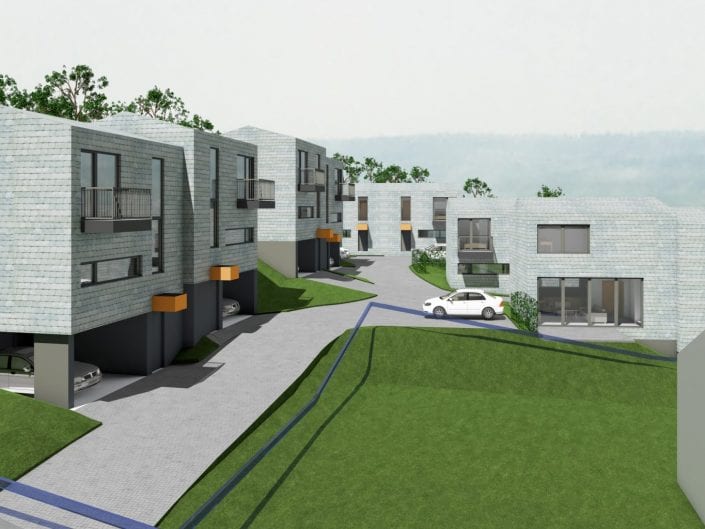 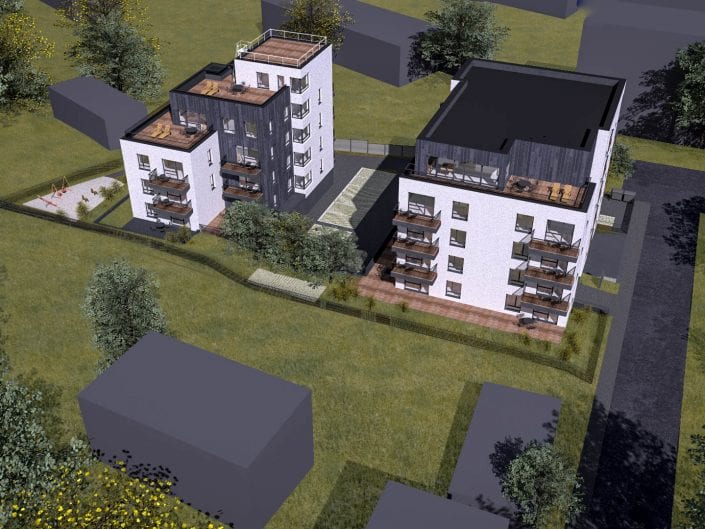 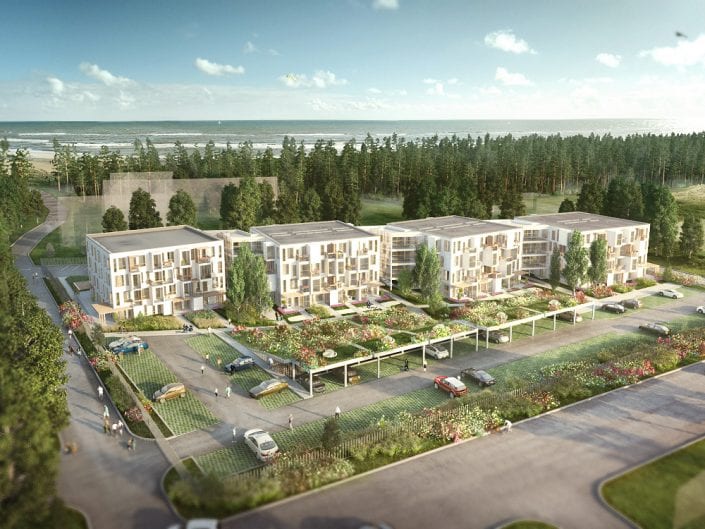 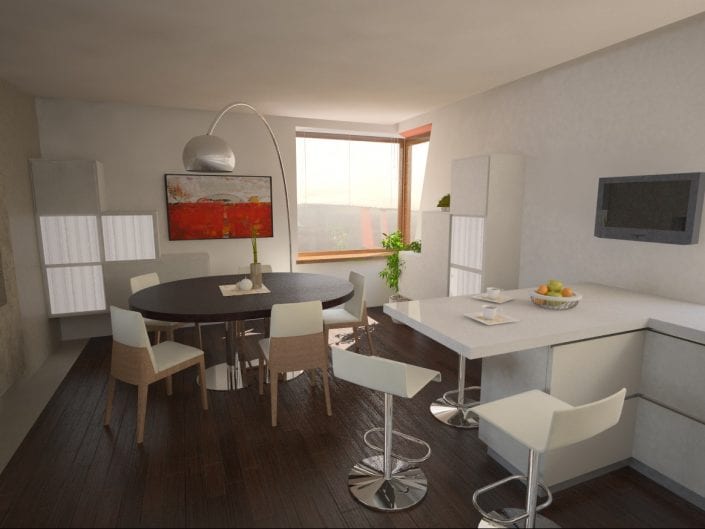